If you’re really into your Ukulele, you’ve probably heard of James Hill. He’s a very skilled musician (perhaps most famous for his version of Billy Jean) and also one of the greatest advocates for recognition of the Ukulele as a legitimate instrument and instruction with his work on “Ukulele in the classroom” and “the ukulele way”. However, he also writes and records his own music using the Ukulele. The latest is James Hill The Old Silo. 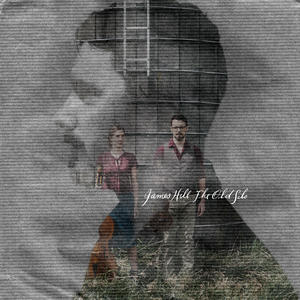 The Old Silo is the 7th album from James Hill over a period of 12 years and his first since Man With a Love Song released in 2011. The Old Silo combines elements of traditional Folk, classic rock and modern indie with tracks that would feel at home on a Black keys, White Stripes or … album. The Old Silo isn’t just James with his Uke though, it also features Anne Jannelle on Cello, Bill Stevenson on Piano, Joe Murphy on Harmonica and James Hill also picks up the violin and Drums.

The opening track sets a tone of the album with a rootsy country ting. It’s uplifting and steady rhythm with a strong ukulele sound coming through.

Promenade ads some celtic flare to the mix with great little embellishes across the fretboard, a foot stomping rhythm and chorus that makes you want to get up and find a partner to dance with.

She’s still got it

This track hints at Black keys influences with a rich distorted verse (yes that is a ukulele making that noise) and a chorus which shifts direction from the verses.

Tie one on carries on where She still got it left off…only several songs later. This is the perfect tune to make you want to pick up an electric ukulele. So you’ve been warned if you have issues with U.A.S (ukulele acquisition syndrome)

Let’s ignore the fact that this is a Ukulele album (it’s always good to evaluate an album based on their own merits). If you like classic American roots and folk influenced music then you’ll probably like The Old Silo. If you are looking for loops, traditional singer songwriter or instrumental Ukulele then you’ll be disappointed. Overall I really like how the album is put together effortlessly moving between more agressive and upbeat songs to slower and more downbeat songs. It all fits together well.

Luckily, you can check the album out for yourself on James Hill’s site as he is streaming the whole thing and then make an informed decision whether or not to download it.

Get it from Amazon.com or Amazon.co.uk