This weekend I was at an Open Mic night, some of the performers were great, others…well let’s just say they were less great (a five year old girl did sing let it go though so there’s that). Most of the people there were seasoned pros but I did notice a couple of clearly fresher faces. I knew they hadn’t performed at many open mic nights not by their proficiency on their instrument, nor their singing quality or ability but by one factor which didn’t show off their strengths. They didn’t start the open mic night with the easiest song to play. 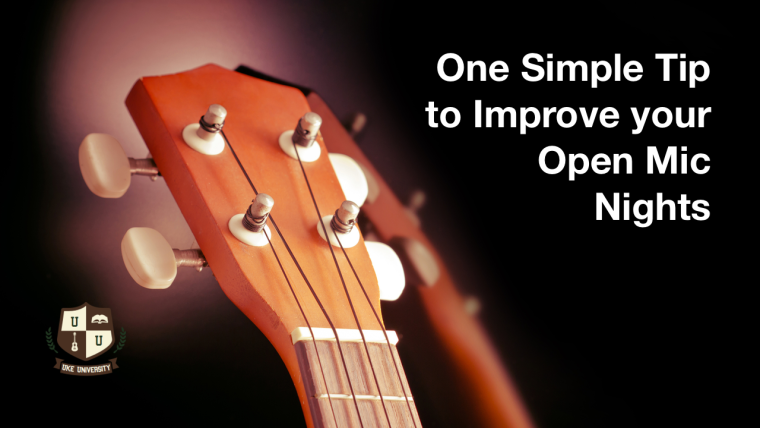 Why you should start open mic nights with an easy song

Picking songs for open mic night is a tough battle but there is one rule you should almost always obey. Choose the most simple song first. This doesn’t have to be a simple song but it’s usually a good idea to start with your most simple song from your list. The reason? Well, if you suffer from nerves when you play live, you’ll probably shake a bit/a lot. If you’re shaking, it’s more difficult to play a song and if you start to fumble, you’ll probably get more nervous, shake more and make more mistakes.

This isn’t a hard and fast rule, if you don’t suffer from nerves or shaking before you go on stage then just go for whatever song you like, and over time it does get easier to play more complicated song. However, I always start with a strumming song and one which is simpler than the others. Getting that one right gives me the confidence for the next songs.

When you play at an open mic, what song do you usually start with?